In the User avatar drop-down menu, users can set their status based on their actions. This article explains how agent statuses work.

What is Agent Status?

Aloware allows users (agents) to set and display their status depending on what they're doing from the User avatar dropdown menu. 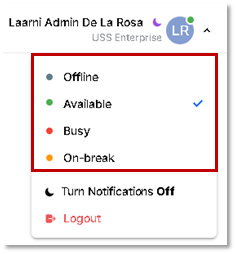 Agent Statuses help the admin to:

What are the types of Agent Statuses?

There are two types of Agent Statuses:

Agents can manually set their status to indicate what action they're currently taking. The color in the user's profile also corresponds to the status.

Aloware automatically sets users to certain statuses depending on the user's current state in a call, with color indicators:

What is Turn Notifications Off, and what happens when you enable it?

Enabling the "Turn Notifications Off" feature hides notifications for the following items: 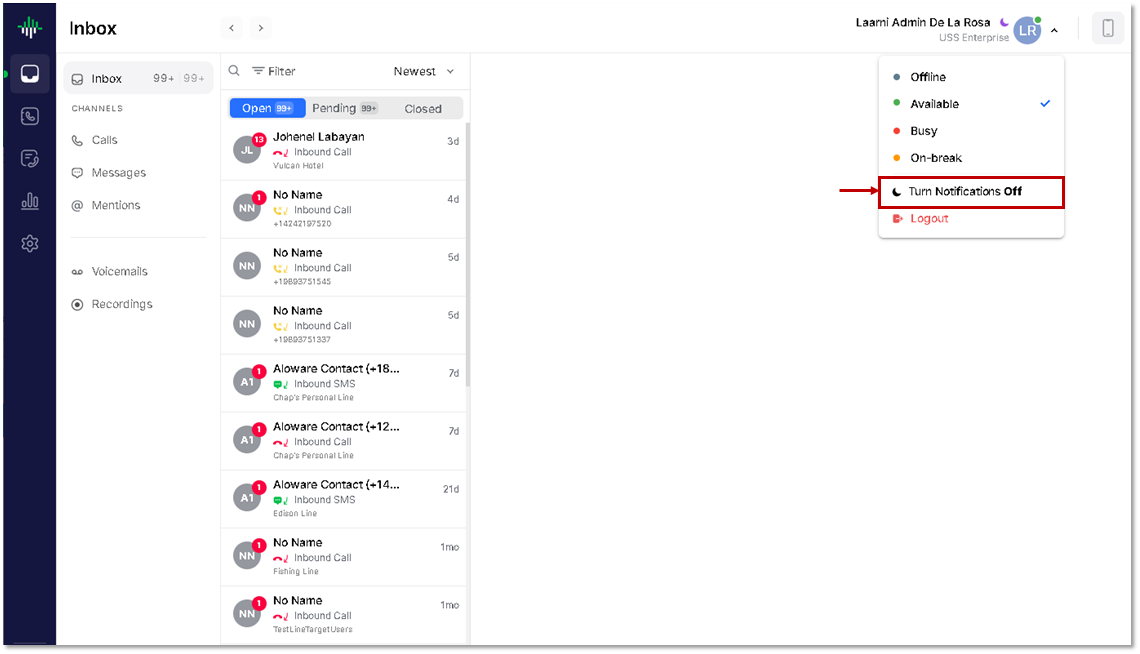